5 Lesser-Known
Protests In The
Fight For Queer
Liberation

The fight for LGBTQIA+ rights is an ongoing struggle across the globe. Those that are enjoyed today have been earned through tenacity, protest, ingenuity and personal sacrifice. We’ve asked the international queer education collective, Rainbow History Class to give a special lesson on more unusual protests from modern history that have brought attention and change to this important struggle for equity. 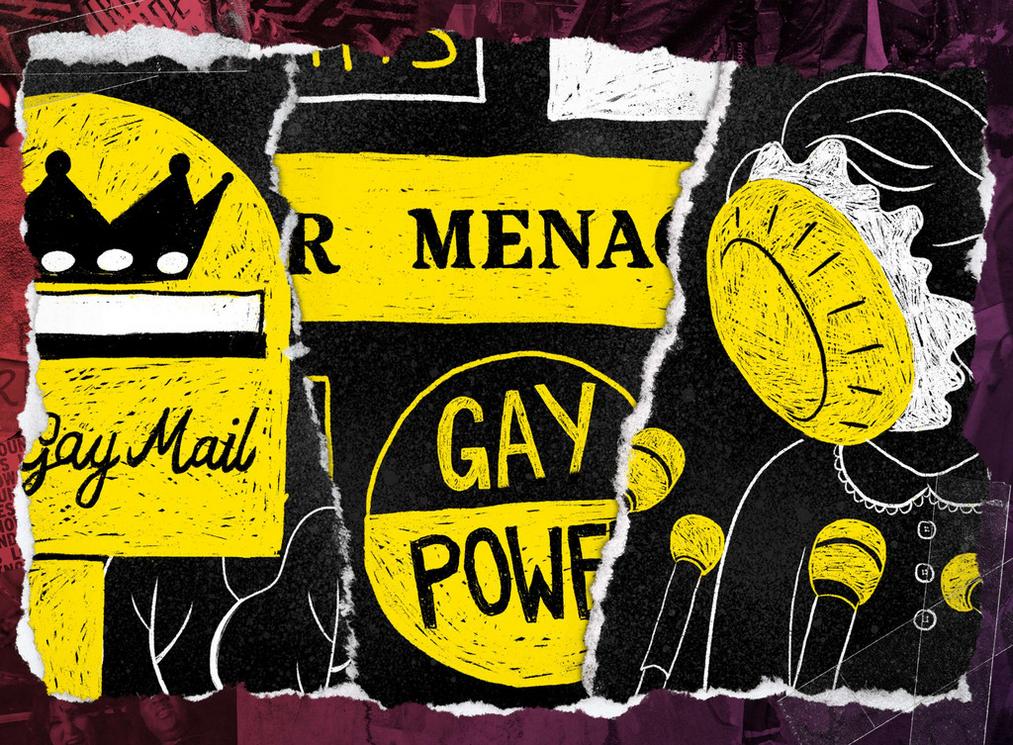 5 Lesser-Known Protests In The Fight For Queer Liberation

The fight for LGBTQIA+ rights is an ongoing struggle across the globe. Those that are enjoyed today have been earned through tenacity, protest, ingenuity and personal sacrifice. We’ve asked the international queer education collective, Rainbow History Class to give a special lesson on more unusual protests from modern history that have brought attention and change to this important struggle for equity. 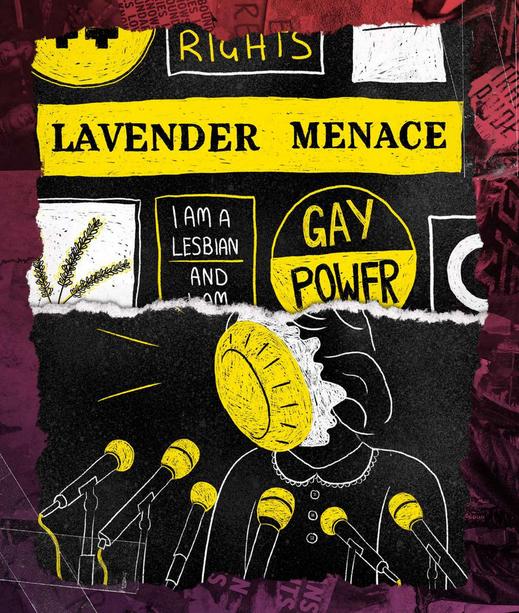 You’ve heard of the Stonewall Uprising, right? That night in June 1969, when queer and trans people fought back against a police raid at New York’s Stonewall Inn? How about the White Night Riots, when queer activists protested over the murder of Harvey Milk, California’s first openly gay elected official?​

These events were undeniably huge moments in the history of LGBTQIA+ activism, but they weren’t the only moments. Let’s have a look at some lesser-known LGBTQIA+ protests that have occurred throughout history that helped pave the way for the freedoms queer and transgender people have today. Although there is still tremendous work to be done, it’s so important to look back and celebrate the acts of resistance of our brave elders who fought for us.

After the end of Prohibition, the US State Liquor Authority was used as a weapon to prevent gay people across America from being served at bars. They were discriminated against and deemed “inherently disorderly”. Taking inspiration from the sit-ins of the civil rights movement a few years earlier, where African American people would sit down in white-only spaces as a form of nonviolent protest, a group of activists from one of the first gay rights groups in the country, The Mattachine Society, staged a sip-in against this discriminatory law in 1966. The activists went into a bar in New York’s Greenwich Village called Julius’ which was known for anti-gay raids. They calmly announced their identities and ordered drinks. But, per the laws, they were refused service, which allowed them to sue for discrimination. The Liquor Authority denied the claims, but soon the Human Rights Commission got involved and deemed that homosexuals had the right to be served in bars.  This was a huge moment for gay rights and laid the groundwork for further acts of queer resistance, like the Stonewall Riots, which happened only a block away, 3 years later.

This one’s a doozy. The Queer Liberation movement is full of brilliant schemes to improve the lives of LGBTQIA+ people, but in Australia in 2004, a group of LGBTQIA+ activists established their own micronation to protest the government’s refusal to recognise same-sex marriage. Back in 2004, the Australian government amended the marriage act to prevent same-sex couples who married in overseas in places like Canada to have their marriages recognised in Australia. In protest, a group of activists decided to act on an international law that states “Oppressed people of overseas territories have a right to self-government and self-determination”, and established their own independent state in the Coral Sea Islands, which are an external territory of Australia. On June 14, 2004, these activists sailed the good ship ‘Gayflower’ to Cato Island in the Coral Sea where ‘Emperor Dale Parker Anderson’ erected the Rainbow Flag and declared The Gay And Lesbian Kingdom of the Coral Sea Islands independent from Australia. A site on Cato Island was claimed as the micronation’s capital and named Heaven after the iconic London gay club, and ‘I Am What I Am’ by Gloria Gaynor was established as the Kingdom’s National Anthem. They even had their own official stamps. By September, the Gay and Lesbian Kingdom of the Coral Sea Islands had officially declared war on Australia. The Kingdom remained uninhabited, but during its reign, any gay or lesbian person was immediately eligible for citizenship. No one took it up really, perhaps due to the limited access to freshwater. The Kingdom lasted until 2017 when Australia voted ‘Yes’ to same-sex marriage, whereupon it was no longer needed.

Back in the 60s and 70s, the gay liberation movement was just beginning, and early feminism had taken off. The movements were separate, and the women’s movement wanted to keep it that way. Early feminists believed that associations with lesbianism would threaten women’s progress, due to lesbians’ often masculine gender expression. Feminist leader of the National Organisation for Women, Betty Friedan, worked to have lesbian rights group, Daughters of Bilitus, removed from the First Congress to Unite Women in 1969, and labelled lesbian feminists ‘the Lavender Menace’. Of course, a name as good as that could only catch on. A group of radical lesbians reclaimed it, made t-shirts and staged a demonstration at the Second Congress, where they presented a ten-paragraph manifesto entitled The Woman-Identified Woman to protest the lack of lesbian speakers at the event. This was a major moment in the LGBTQIA+ liberation movement, as it sent the message that there is no feminism without lesbians. In fact, two years later, at the National Organisation for Women conference, a resolution was adopted stating that lesbian rights are “a legitimate concern of feminism.”

Sometimes the most effective form of protest is subtle. This one was not. US Senator Jesse Helms woke up one morning in 1991 to find a giant inflatable condom on the roof of his Virginian home. Yep, you read that correctly. The American AIDS Coalition, ACT UP, staged a unique form of protest by fashioning a giant condom on the roof of Jesse Helms, a conservative politician, in an attempt to make the American government establish awareness and education around HIV/AIDS. The condom read, “A CONDOM TO STOP UNSAFE POLITICS.  HELMS IS DEADLIER THAN A VIRUS.” I guess sometimes, more really is more.

So, have you heard of a zap? Zaps are one of the activist tactics the Gay Liberation Movement were known for. Zaps can take on many different forms (it’s up to the activist’s imagination), but they all have the same goal – humiliate a public figure to draw attention to LGBTQIA+ rights. Zaps became more common throughout the 70s when the peaceful protests of the 60s weren’t resulting in enough change. One of the more famous zaps was against singer Anita Bryant, who was the leader of one of the nastiest anti-gay campaigns in U.S history. At a televised conference, in 1977, Bryant was answering darling questions about her battle against gay rights when she was publicly “pied”. Tom Higgins, a gay activist, was the one behind the serving, and he will forever go down a hero. Let’s Make Zapping Great Again.

So, there you have it, from peaceful sip-ins to inflatable penises and dessert facials, it all goes to show that protests and imaginative civil disorder can bring major awareness to important issues faced by marginalised people. So, next time someone makes a sly comment about how protesting gets you nowhere, you’ll have a plethora of examples in your arsenal. If that doesn’t shush them, find a pie shop.