A CONVERSATION BETWEEN LADY PHYLL AND LUCIA BLAYKE

“EXISTING IS AN ACT OF RESISTANCE”

Protest has always been at the heart of Dr. Martens and Pride. Originally a march to commemorate the 1969 Stonewall Riots, Pride has grown into a series of worldwide events for the LGBTQIA+ community. Essential in the fight for equal rights, a place to be seen and respected, a global symbol of unity. ​

As part of our series ‘Pride Generations’ we put the co-founder of London Black Pride, Lady Phyll and the founder of London Trans+ Pride, Lucia Blayke in a room together. As an act of protest against the mainstream Pride they set up their own events. Below they discuss what drove them to go against the grain, their inspirations and hopes.​

WATCH THE VIDEO BELOW

A CONVERSATION BETWEEN
LADY PHYLL AND LUCIA BLAYKE​

“EXISTING IS AN ACT OF RESISTANCE”

We put Lady Phyll (co-founder of London Black Pride) and Lucia Blayke (founder of London Trans+ Pride) in a room together. Below they discuss how and why they created events to protest against mainstream Pride.​

WATCH THE VIDEO BELOW

Need subtitles? Click the symbols at the bottom right to select your language. More languages can be found through 'Auto-Translate'.

Below is the uncut version of Lady Phyll and Lucia’s conversation where they get deeper into the topic of protest, the importance of inclusion,
the issue of trans-erasure, and staying strong in the face of adversity.​

Below is the uncut version of Lady Phyll and Lucia’s conversation where they get deeper into the topic of protest, the importance of inclusion, the issue of trans-erasure, and staying strong in the face of adversity.​

“ACTIVISM HAS ALWAYS BEEN IN MY BLOOD”

“ACTIVISM HAS ALWAYS BEEN IN MY BLOOD”

LUCIA: So Lady Phyll, when did you get started as an activist?​ ​
​
LADY PHYLL: I guess activism has always been in my blood being born Black, a woman from a marginalized group, you have no choice but to be an activist. What about you Lucia? When did you start?​

LUCIA: The first time I got into grassroots activism was when the shooting in Orlando and I was about 14 years ago, and I organised a vigil in Liverpool. Around 100, people came down and everyone was crying and leaning on each other. And that's my first taste of community.​

LADY PHYLL: And activism takes so many different shapes and forms, right? You know, there's no one way to be an activist or one way to do something in the work that we do. Just being present, being visible, is a form of activism​​

LUCIA: Just existing is an act of resistance. ​​

LADY PHYLL: But it can also be lonely, when we're looking at the type of work that we need to do when we're constantly seeing how trans bodies and lives are vilified, the racism that causes so much harm. It feels often that you just want to sit there and cry. But when you know that you've got sisterhood, and we know that you've got family and chosen family, right? You know, it makes all the difference. ​​​

LUCIA: What would you say was the catalyst that inspired you to start UK Black Pride?​ ​
​
LADY PHYLL: I guess I was working with a group of Black lesbian women and we took our activities offline. And we went to Southend and we absolutely felt liberated, empowered, it was just great to be in a space with likeminded women who understood the struggle, the journey and the experiences that we face as Black queer women. And it was from there I though, My this feels like the start of a Black Pride in this country. We want to be able to have so many different people come together in a space be unapologetically themselves. And not just to celebrate ourselves but to challenge all things that harm us​

LUCIA: When you started as a UK Black Pride, would you say you've faced much resistance?​

LADY PHYLL: I think with any movement, there's always going to be resistance because when you're champion for a particular cause, those that fear what you're about will always resist who you are. But with UK Black Pride I think the people even the LGBT+ community didn't want to understand the need for Black and POC queer people to have their own space to see who we are, to speak our languages to eat our food to celebrate ourselves. And just because you may be LGBT, you may be a woman you may be trans, you may be disabled, it doesn't make you exempt from being a bigot and that's what happened with the resistance to UK Black Pride. It showed us the racism within our own LGBT+ community. And that's why we're unapologetically ourselves and we've kept on going and will continue to go from strength to strength.​ 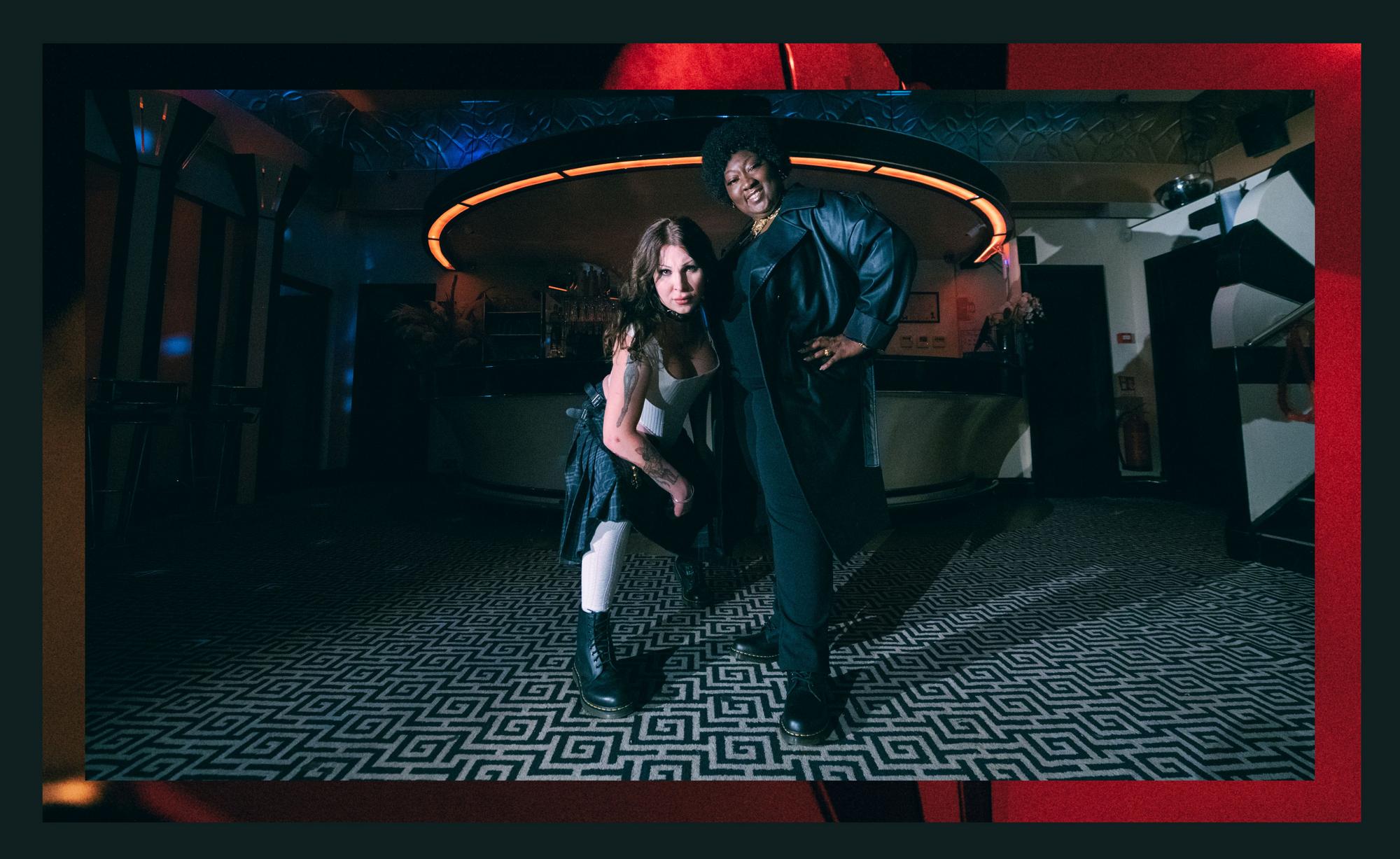 “OUR FIGHT FOR EQUALITY, JUSTICE AND FREEDOM HAS TO INCLUDE ALL OF US”​

“OUR FIGHT FOR EQUALITY, JUSTICE AND FREEDOM HAS TO INCLUDE ALL OF US”​

Lady Phyll: You’ve done so much brilliant work. Tell me what was the catalyst behind setting up Trans Pride?​​ ​

LUCIA: For me the early years of transition, were just so tough. I felt so low, I always just felt so alone. I didn't really know many other trans people. And I didn't really talk about afterwards, they were really dark times. I was actually suicidal a lot of the time. And I’d just sit in my bedroom do makeup, wear women's clothes and then take the makeup off, get back in bed and go to sleep. I then moved to London and after a while, I started to make trans friends. And then when I’d see people who were just starting to transition themselves, I kept thinking I didn't want them to go through what I went through when I transitioned. I kept thinking I don’t want people who are exploring their gender identity to feel like they don't have people that are just like them, and they don't have people to rely on. I thought how can I get as many transgender people together to prove that we're not alone. ​
​
LADY PHYLL: I guess people don't often get a chance to share their experiences of where they felt isolated, and lonely. Do you think the LGBT+ community is inclusive of trans people? ​

LUCIA: I’d say queer communities are inclusive of trans people. But more mainstream gay communities really have abandoned trans people. If we look at RuPaul’s Drag Race, which is commercialised drag; how many openly trans women have ever been on it? If you go into the real drag world, it's ruled by trans drag queens. It’s amazing that RuPaul taught the world about drag but it’s completely erased trans women, and no one cared. We have hate groups run by lesbian, gay and bisexual people. It's time that the rest of the LGBT community doesn't forget about the ‘T’. It's about solidarity, we’re all stronger together, you know? We’d never have got gay liberation without unity in the beginning. We need unity now.​

LADY PHYLL: I want to say to you, that you're definitely not alone. And from me to you, we will never leave our trans siblings because our fight for equality, justice and freedom has to include all of us otherwise, it's not justice.
LUCIA: It’s so true, when I was starting Trans Pride it was so important for me that the Black communities and POC communities knew that it was for them. We had to reflect that in who was giving speeches, who was at the front of the march. We need to send out that message to marginalized people in our communities that we are thinking about each other and each other's struggles that we don't understand.​​

LADY PHYLL: Exclusion is not the way it's about inclusion.​

​ LUCIA: Where do you think we go from here?​
​
LADY PHYLL: I think the future of pride is about us reimagining difference. And when we can reimagine what difference looks like it can be inclusive, it can encompass all of the many different facets of our communities. But it has to be intergenerational as well. The next Generation’s voices really do matter in shaping the future going forwards. And that way, it can only be positive, right?
How would you like to see Pride change?​
​

LUCIA: There will always be needs for Trans Pride and Black Pride to have their own spaces, because marginalized people need their own spaces to celebrate their unique struggles. But I think the main Pride needs to change so that it unites us. I think that means ​ more community based and allow all marginalized groups need to have a say. The pink washing and commercialization needs to stop. I want people to remember what Pride is about; feeling proud, feeling happy and remembering the struggle that got us here. ​ We’ve been through so much and we’re so strong, and we’ve got so much courage. It's about our power. That's the future of Pride.​​ 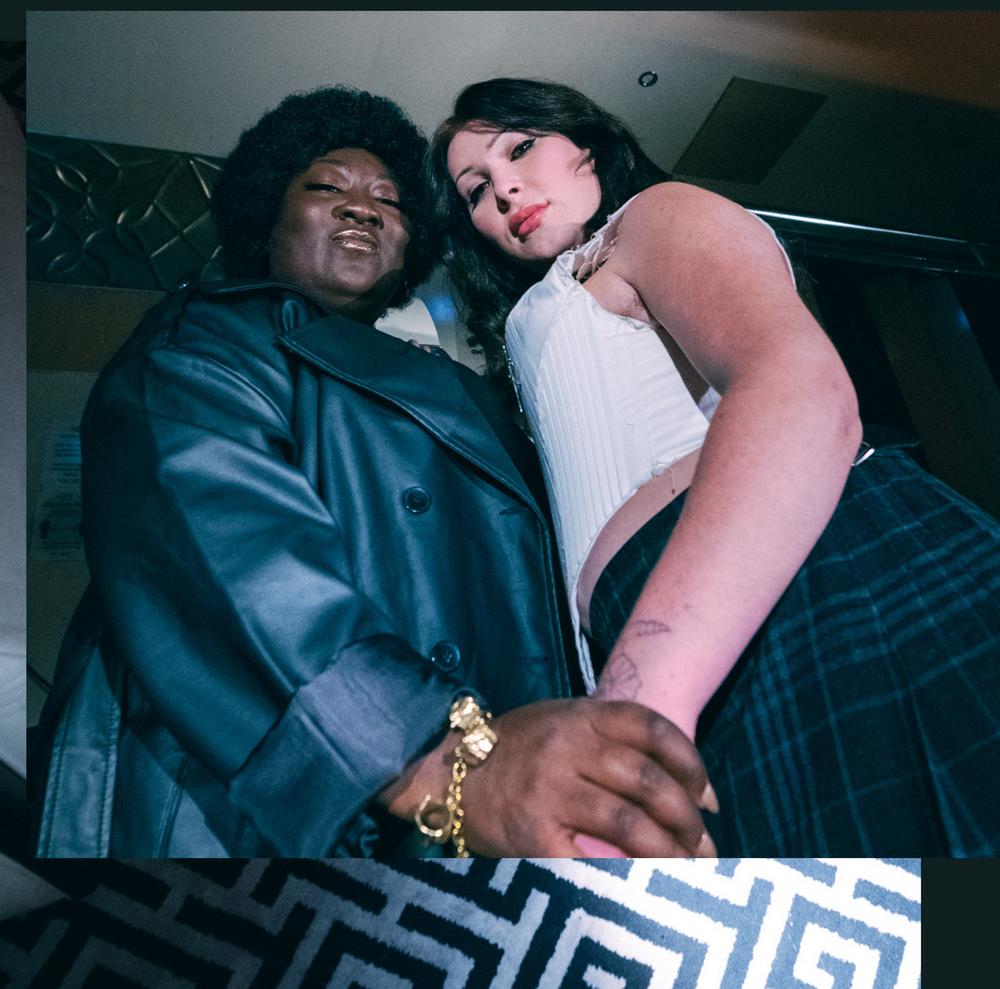 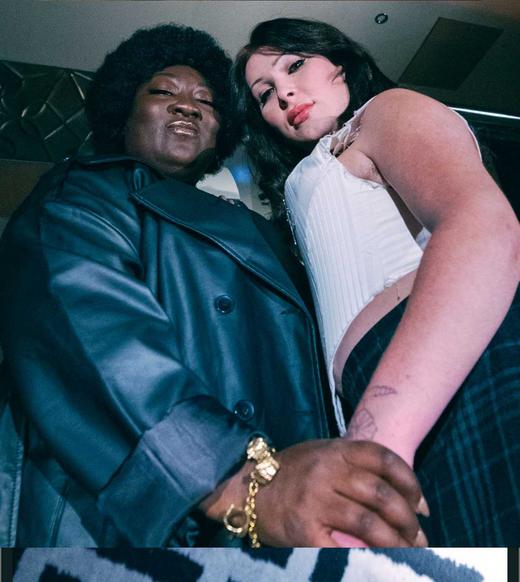 Lady Phyll: What would you say to the next generation of protestors and activists?​

LUCIA: Always believe in yourself.  I know that sounds corny but sometimes we don’t have the money, experience or education to chase our dreams our pull off project that we have in our minds. Sometimes it just takes gumption. I never had any resources or experience in putting on large scale events or protests, so I threw myself in the deep end and prayed for the best. Don’t get me wrong it’s very stressful but you should never let the circumstances that you’ve been born into hold you back. You might have to fight a bit harder but make sure you do fight. It’s important that your voice is heard, it’s important that your dreams are made into reality.  ​

LUCIA: What would you say?​ ​
​
LADY PHYLL: As a mother I’m constantly telling my daughter things that make her feel empowered and embolden her to do different things. To the next generation of queer activists that you’re not alone. Be unapologetically you. You are seen. You are heard. You are loved. But you are definitely not alone.
​
​